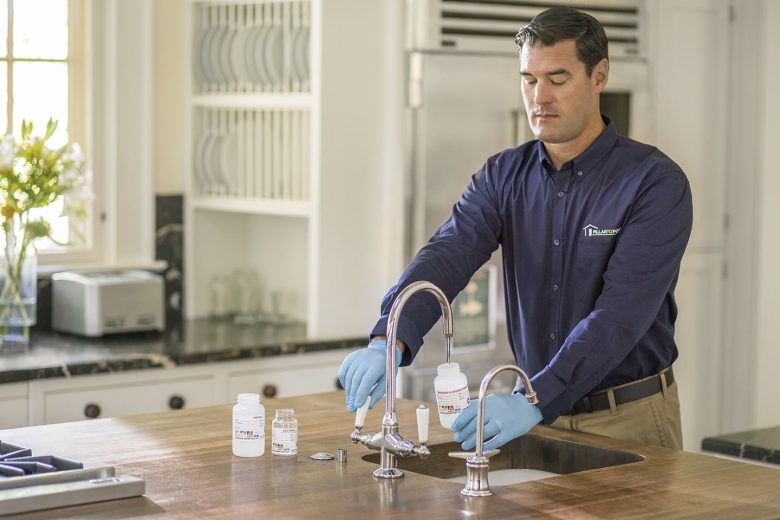 While some of our franchisees do come from a home inspection background, the majority have a background unrelated to home inspections and come into the experience relatively inexperienced. We often find, however, that some of our best franchisees come from careers totally disparate from a property inspector business. That hasn't slowed them down, though. Pillar To Post has a track record of turning ambitious, passionate entrepreneurs into successful home inspection franchisees. Imran Qillawala is a perfect example. An engineering and education student turned property inspector, we couldn't be more excited to have him as one of the newest members of our team.

Over 13 years ago when Imran Qillawala immigrated to the United States with his family from Pakistan, he only had a couple hundred dollars to his name. Now, he is the owner of the newest Pillar To Post franchise in Leesburg, Virginia. Qillawala's educational background in engineering and business has set him up for success, helping him live his dream of being a business owner.

Leaving Pakistan was a difficult decision, as security was increasingly becoming a problem. Qillawala had been personally attacked once, and the economy was struggling. He and his wife had two young daughters who they wanted to provide with the best life possible, so they decided to move to the United States.

Since Qillawala's father-in-law was already a U.S. citizen, he was able to help the family of four obtain visas to enter the country. Upon his arrival, Qillawala started working in a Toyota dealership, which taught him a valuable lesson in how to interact with customers. "I learned a lot over there," he said. "When you're in the car industry, you learn to speak to people, to connect with people."

After leaving Toyota, he moved on to Carmax for eight years and received managerial training before starting his own dealership in Winchester, Virginia. Owning a dealership, however, wasn't the right fit for Qillawala, so he decided to sell it and embark upon his property inspector business. His decision? Open a Pillar To Post franchise in Leesburg because he valued the company's process and their culture. He felt Pillar To Post treated employees at all levels properly, used up-to-date technology, and gave franchisees the benefit of the most streamlined processes. Qillawala was also excited by the opportunity to educate potential home owners and realtors of problems and how to fix them. The flexible work schedule also helps him spend more time with family.

As for the future, Qillawala hopes to make his Leesburg branch No. 1 in the Pillar To Post network. The branch opened in December, and he recognizes the challenge ahead of him, but says confidently, "I love challenges. I have done this before and I will do it again, one step at a time, one realtor at a time."

We are excited to count Qillawala as one of our newest team members, and look forward to helping him making his property inspector franchise a success!