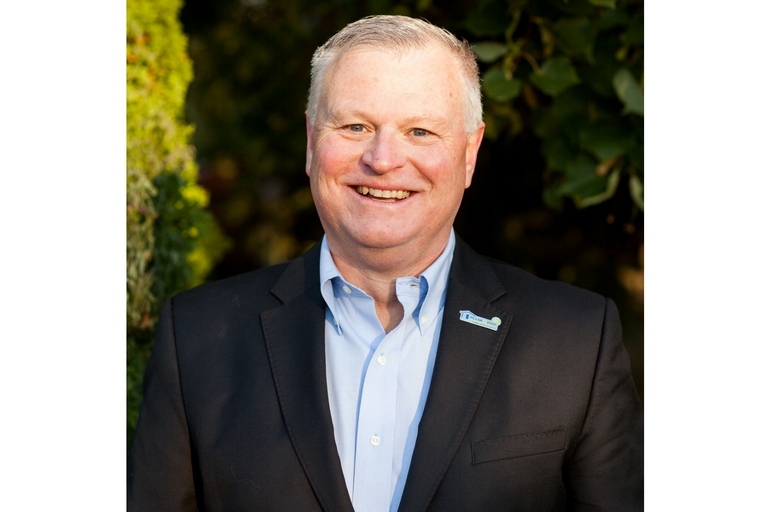 By Peter Saunders
Dan Steward has been president and CEO of Pillar To Post Home Inspectors since 2004, successfully leading franchise system through the recession and the rockiest North American real estate market in recent history. The company's network currently comprises more than 550 offices in nine provinces and, 49 states. In fact, in the 12 years that Steward has led the business, its franchisees have worked with more than 500,000 real estate professionals and completed more than two million home inspections.

"The common thread was being all about service," he explains. "I'm most interested in how human behaviour drives business."

Pillar To Post, meanwhile, was founded in 1994, grew to become the largest home inspection franchise system in North America and was purchased by FirstService in 2003. The acquisition aligned the business with other property service franchises, as FirstService also owns CertaPro Painters, Floor Coverings International (FCI) and Paul Davis Restoration, among others.

"They had the resources to take Pillar To Post to the next level," says Steward. "Real estate was booming and they recognized the same people getting home inspections done might also need multiple related services."

Steward was courted to lead the newly acquired business by Steve Rogers, who at the time was president of The Franchise Company (TFC), FirstService's franchising arm.

"I knew Steve from earlier in my career and had learned 'franchising 101' from him," Steward explains. "The franchise model appealed to me because it's very pure, in that the franchisor is working with people who are directly invested in the business, which makes for great partnerships. And it felt like everything in my career got me ready for this opportunity."

Improving franchisee satisfaction
Before the home inspection segment of the real estate industry was ever franchised, it was heavily dominated by 'mom n' pop' shops. There was a significant opportunity to change the nature of the business through new systems and training.

"Our franchisees are trusted front-line advisors to homebuyers, not simply outside investors or multi-unit owners," Steward explains, "but Pillar To Post has allowed many of them to also grow to the point where they also have home inspectors on staff. Over the years, the brand evolved and transformed into a new model of ownership, where a franchisee who grew up as an active home inspector is no longer one and can instead spend more time on marketing, human resources (HR) and business development."

With that in mind, Steward developed a strategy for further growth based on the strength of his existing franchisees' experience. One of his first steps, for instance, was to switch Pillar To Post's franchise advisory council (FAC) from a franchisor-appointed group to a franchisee-elected one.

"We wanted to get closer to our franchisees," he explains. "It had also been difficult to quantify feedback across the system, so we commissioned a third-party survey of franchisee satisfaction. This way, we could get objective data."

The results of that survey, conducted in the midst of the aforementioned recession, found (a) the franchisor was not communicating well enough with the franchisees, (b) the franchisor's field support was administrative rather than adding value and (c) home inspections had become somewhat commoditized.

In response to these issues, Steward (a) improved communications by sending out newsletters and adding spring and fall regional meetings to a schedule that previously focused only on annual conferences, (b) appointed a master franchisor, Charles Furlough, vice-president (VP) of field support to reshape the department's managers into more active business coaches and (c) introduced a wider range of choices for customers, with 'plus,' 'premium' and 'prestige' home inspection packages at different price levels.

"We also looked at the special needs some customers were expressing, including worries about mould and contaminated plywood," he says. "We introduced technology accordingly to assess factors like indoor air quality (IAQ), including detecting most common allergens. The standards of homebuyers' expectations have grown exponentially and we wanted them to specifically recommend us to their family and friends."

As a result of these initiatives, recent research shows Pillar To Post's franchisees make more money through the added-value offerings and, at the same time, the Net Promoter Score (NPS) system shows their clients feel better taken care of, with an average 90 per cent customer satisfaction rating across the franchise network.

"By developing a clear strategy and becoming more data-driven, Pillar To Post has moved to a more professionally managed model," says Steward. "The business was already awesome before, but now it is reaching new hemispheres."

As for the payoff of higher franchisee satisfaction, Pillar To Post currently reports a 99 per cent renewal rate on its franchise agreements' initial five-year terms.

"In a system like this, the franchisor must be dedicated to the happiness of its franchisees," says Steward. "For them to want to remain part of our network, they have to be making more money than they would if they were independent home inspectors."

The next generation of inspectors
As he sought ways to improve satisfaction for existing franchisees, Steward also recognized a need to continue attracting new franchisees.

"At our annual conference, back in either 2007 or 2008, I had an epiphany when I looked out at our group of franchisees and noticed a lot of grey hair and bald heads," he laughs. "I realized home inspection was a profession many of them had picked up relatively late in their careers, after working in the trades, like home construction and renovations. For Pillar To Post to keep growing well into the future, we would need to attract younger franchisees, not just those in their 50s or 60s."

Inspection reports are printed in colour on-site, so franchisees can walk customers through the details right away.

At that point, unfortunately, many younger candidates for franchises had been turned away because they could not afford the $40,000 franchise fee. Steward dramatically reduced this fee to approximately $15,000.

"That opened our pool of candidates to include 30- and 40-somethings," he says, "and now the head office only makes money when they're making money, so we're all the more committed to their success. Today, we're expanding like crazy with new units and about two-thirds of our new franchisees are in their 30s or 40s."

In 2015, for example, 75 new franchisees joined the system. In addition to the lower franchisee fee, Steward explains Pillar To Post is also affordable for these candidates because the overhead is negligible by franchising standards.

"You can work out of your house without any employees," he says, "and you don't have accounts receivable to worry about."

Benefiting from technology
New technology has also been key, both in attracting younger franchisees to the system in the first place and in allowing them to provide added value to their customers. A mobile booking app, for example, allows realtors to check on the fly when they can arrange home inspections for their clients. Infrared (IR) thermography allows inspectors to check the efficiency of heat distribution within a house, while a safety recall database lets them see if any of a house's appliances need to be replaced. Inspection reports are printed in colour on-site, so the franchisee or employee can walk the customer through the details right away.

At the franchisee training stage, meanwhile, proprietary software takes candidates through the entire process of a home inspection virtually, rather like a flight simulator.

"We're expert now at teaching anyone to become a home inspector," says Steward. "The simulation software is effective because our inspection system requires you to do the same steps the same way each time. We can get people up to our standards very quickly. It's all part of our future vision for providing a brilliant brand experience for home buyers and real estate professionals and, at the same time, great careers for successful franchisees."